Which NYC Ice Skating Rink is Right for You?

Winter in New York City means hot lattes and museum days, but that doesn’t mean travelers can’t enjoy the outdoors. One of the city’s classic cold-weather pastimes is lacing up skates and heading onto the ice. Here, we’ve broken down the top skating rinks in New York City.

For the see & be-seen crowd: The Rink at Rockefeller Center 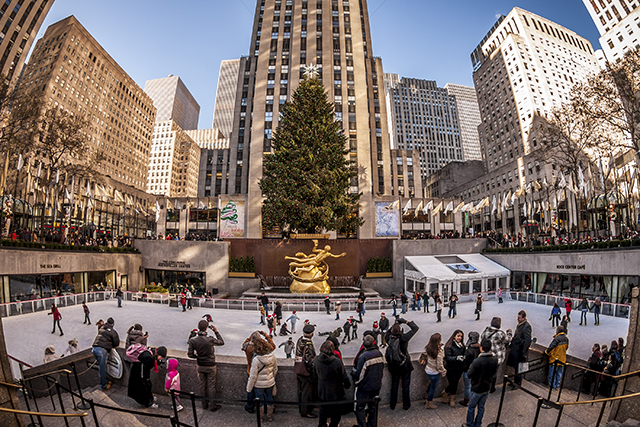 Paul Manship’s iconic bronze sculpture of Prometheus isn’t the only figure looking out over the Rink at Rockefeller Center. Hundreds of visitors plus a whole restaurant full of diners have front row seats to the action as well. Come show your skating skills to the world—or to half of Midtown.

For the foodie: The Rink at the Winter Village 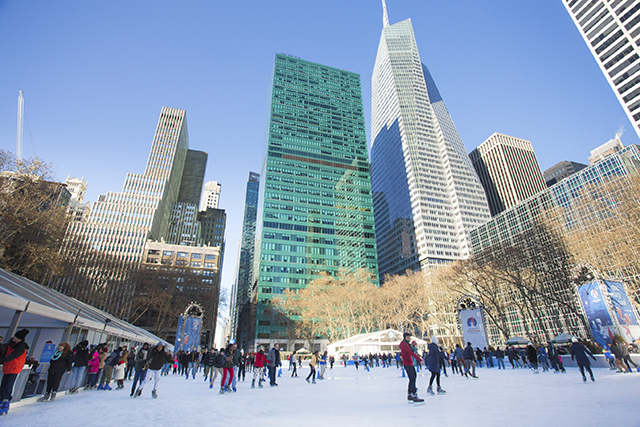 Home to New York City’s only no-charge ice rink, Bryant Park’s Winter Village is a popular destination for both tourists and locals. After skating, head to one of the park’s kiosks for a well-deserved treat: belgian waffles at Wafels & Dinges, a chocolate babka from Breads Bakery, or a cocktail at Celsius Bar—open exclusively in winter months.

For the extra space: Lasker Rink 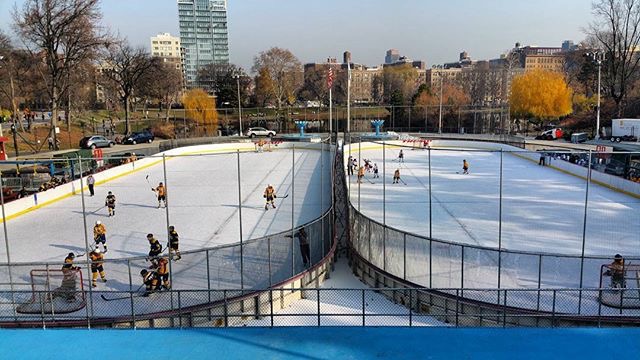 In-the-know locals and visitors head to the Lasker Rink Center at the top of Central Park to escape the crowds. Amateur hockey leagues usually claim one of the center’s two rinks, but the remaining one is perfect for free skating.

You’ve seen it in countless movies and television shows: Wollman Skating Rink is that rink at the southern end of Central Park, with skyline views of the city’s most exclusive high-rises. Around since 1949, it has become a New York City fixture and celeb-sighting hotspot.

For the Hudson Views: The Rink at Brookfield Place 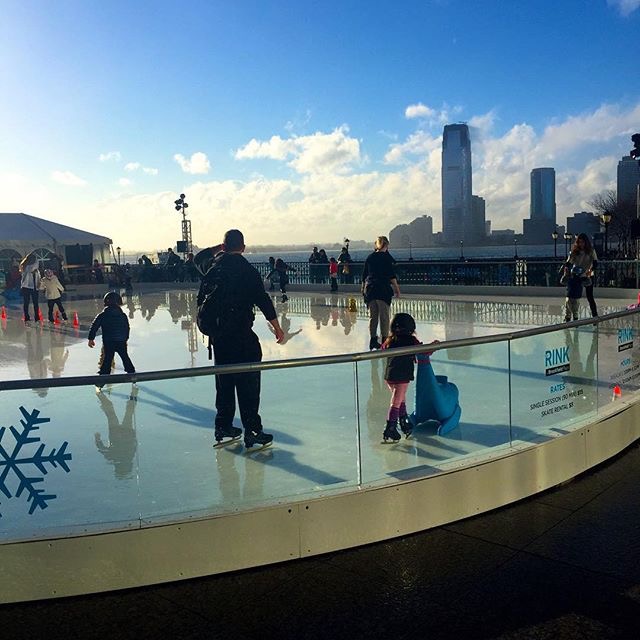 The Financial District’s renovated Brookfield Place is where you’ll find the city’s newest ice rink. It’s already a local favorite, attracting crowds as much for the rink itself as for the sweeping views of the Hudson River.